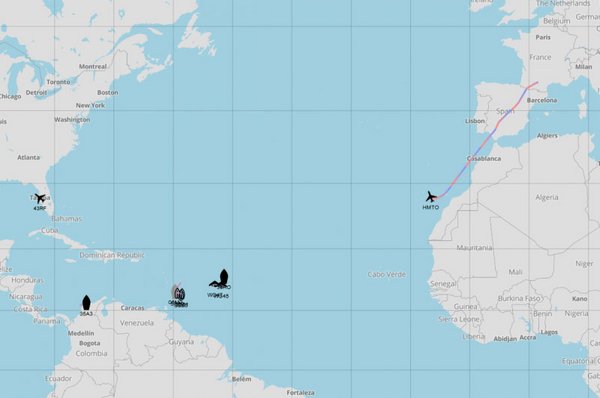 On Wednesday, January 15th, the SAFIRE ATR42 performed its second step of the transit to Barbados. After the start on January, 14th and the flight Toulouse-Tenerife in 6h45, the ATR42 has joined Prahia (Cabo Verde) in 4h15.

Then, the aircraft has been especially prapared for a long crossing of the South-Atlantic, on the path of the "Aéropostale" pioneers: from Cabo-verde, it will take-off to Fortaleza (Brazil). The crew involves two pilots and a flight-engineer.
In Bridgetown, a five-persons team is already preparing all so that, at the arrival of the aircraft, the integration of the scientific instruments and all in-board equipments (cabin seats, work stations, second lifeboat ...) can be done in order to perform the first scientific flight as soon as possible.