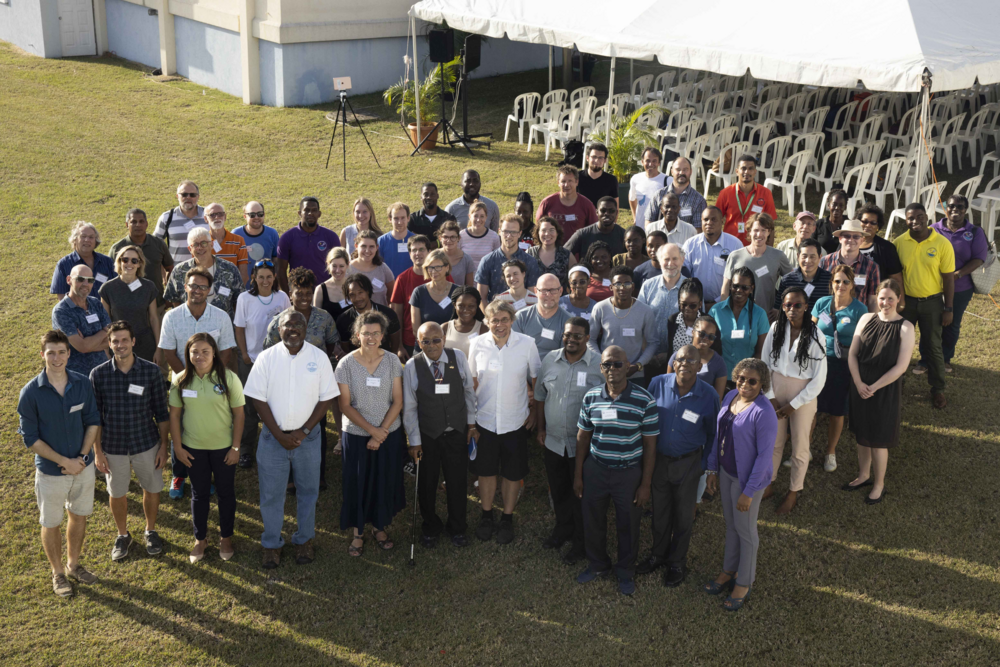 As we approach the first 'birthday' of EUREC4A on January 20 (the official dates of the campaign were January 20-February 20, 2020), our minds keep wandering back to these special weeks in Barbados. The campaign seems particularly fortunate and well-timed with one year of distance, knowing that the covid-19 pandemic swept the world a few weeks after we returned from Barbados. During EUREC4A, we (Anna Lea, Ludo, and Ben) volunteered for the rewarding task of organizing outreach events, together with our Barbadian colleagues Rebecca Chewitt-Lucas, Branden Spooner, and Shanice Whitehall. We wanted to take a few moments to reflect, in particular, on the outreach activities that stand out in our minds, all the more so now that our social interactions are largely confined to virtual spaces. As Bjorn Stevens, one of the project PIs, mused, creating memories requires sharing both time and space. Beyond the scientific pursuits of the campaign, the outreach activities among diverse communities in EUREC4A emerge as some of our favorite memories.

Naturally, there was a breadth of research that took place during EUREC4A, supported by four airplanes, five research vessels, the Barbados Cloud Observatory, and an armada of autonomous platforms. The field campaign created a wealth of data that researchers will use to unravel key open questions in climate science for years to come.

Beyond the scientific impact, the fact that communities from around the world spent one month living and working together forged unique personal and social relationships. Our outreach sought to build upon these interactions through weekly joint seminars and a larger symposium, daily operational meetings to support campaign activities, and scientific outreach to schools and the general public. The sharing of expertise and forming of bonds around a common purpose proved a valuable part of the campaign. This outreach was made possible by dynamic collaboration with scientists from the Caribbean Institute for Meteorology and Hydrology (CIMH), headed by David Farrell.

Weekly seminars provided an opportunity for exchange among visiting and Barbadian scientists. At the Barbados Museum and Historical Society, presentations by Sandrine Bony, Kerry Emanuel, and Bjorn Stevens brought the EUREC4A campaign and the history of Caribbean hurricanes to a general audience.

Under a tent outside, cooled by the steady trade winds, we also celebrated the 50th anniversary of the BOMEX (Barbados Oceanographic and Meteorological EXperiment) field campaign with a two-day long public symposium, called 'From BOMEX to EUREC4A’. One of the earliest field campaigns in meteorological research, BOMEX occurred 50 years before EUREC4A. This joint symposium was hosted at the CIMH and attended by regional and international scientists, EUREC4A participants, and students from local universities and schools. From fascinating speeches by BOMEX veterans to the introduction of the EUREC4A strategies, and presentations ranging from theoretical, observational, operational and modeling work to the reconstruction of the history of our field, the symposium paid tribute to this important field campaign and provided an opportunity to reflect upon the evolution of climate research during the past half-century. 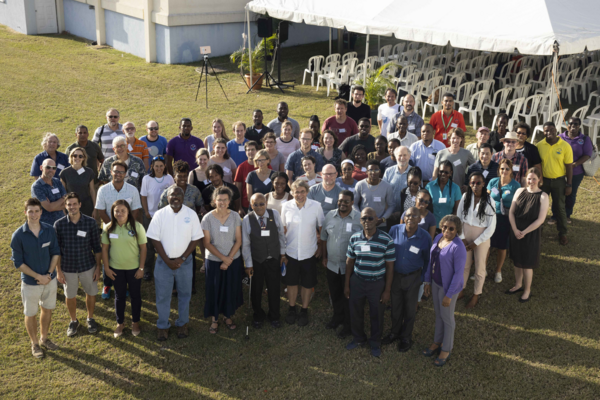 Participants in the ‘From BOMEX to EUREC4A’ joint symposium at the Caribbean Institute for Meteorology and Hydrology. Photo credit Frédéric Batier. 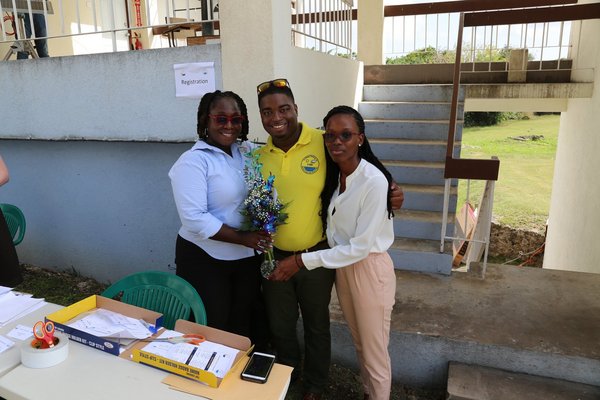 Each morning, operational meetings took place at the Civil Aviation and Barbados Meteorological Service Facility in Charnocks, featuring daily weather reports and updates from different platforms. We started each day by learning from the expertise of weather forecasters from around the Caribbean who greatly enhanced our understanding of the wintertime trade-wind environment. The weather briefings were organized by Leif Denby and Ann Kristin Naumann in coordination with Caribbean weather forecasters. At one meeting, the visiting researchers, for instance, learned that a type of cloud organization that we call 'Fish' has long been referred to as a 'rope cloud' by Caribbean scientists. These morning meetings were also an opportunity to discuss first results of the campaign. 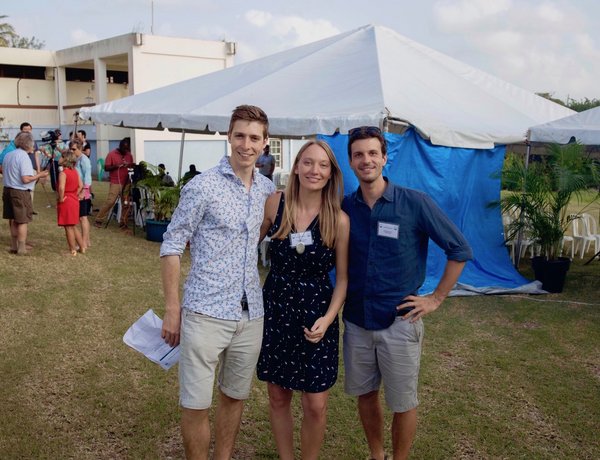 A highlight of outreach activities was the chance to visit ten primary and secondary schools in Barbados and reinforce local environmental initiatives. Students ranged in age from 8-16 years old. We organized these visits together with the CIMH and Barbados Ministry of Education. The school visits also sought to highlight Barbados’ unique positioning for the study of the climate and human influence on climate.

At the heart of these school visits were simple experiments to illustrate the scientific method and EUREC4A research questions. These experiments were designed so that they could easily be reproduced by students with materials you can find at home. A perennial favorite was ‘cloud in a bottle’. We gathered close around the bottle to watch while students increased the pressure inside the bottle to evaporate water, rapidly decreased its pressure so that the water vapor would condense to form cloud droplets, and then shone a light to illuminate the newly-appeared cloud. Next, adding smoke particles to the bottle and repeating the experiment made the cloud sparkle brighter still. Talking about aerosol particles, we learned from the students’ familiarity with the haziness caused by Saharan dust layers passing over Barbados. 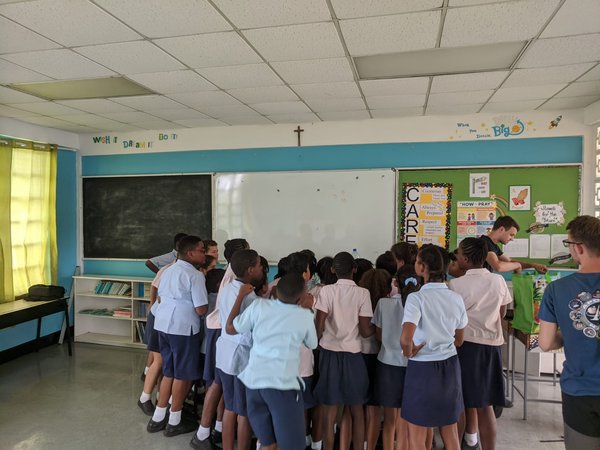 Students gathering to perform the ‘cloud in a bottle’ experiment. Photo taken by Katharina Stolla. 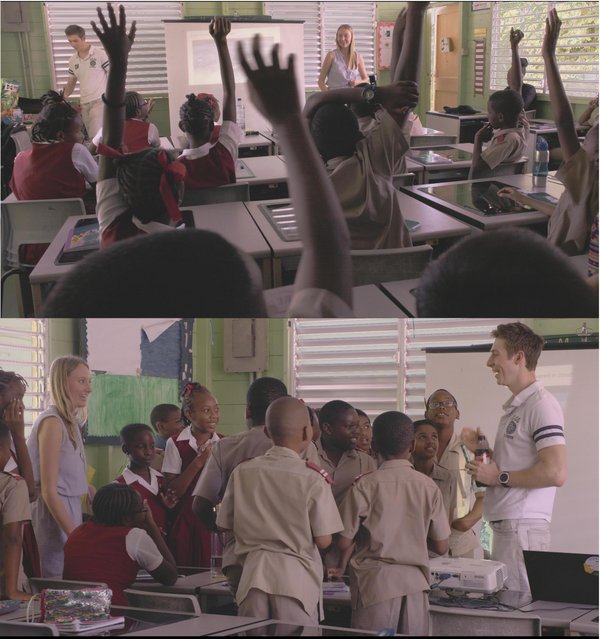 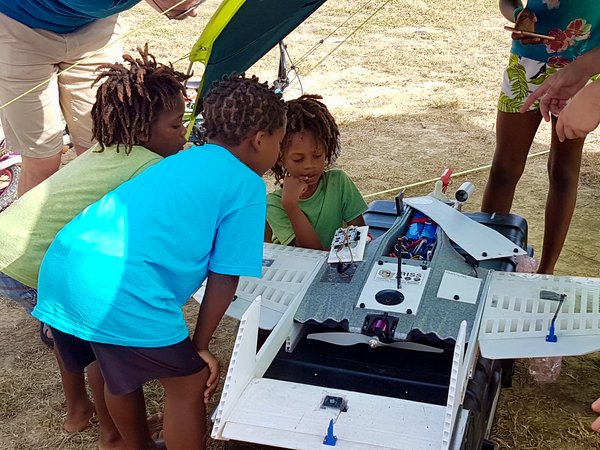 In addition to school visits, we organized an outreach day in research facilities to provide a window onto daily life of the campaign. Visitors were welcomed to the Barbados Cloud Observatory, Ragged Point, the Boréal and CU-RAAVEN drone sites, and the PoldiRad radar for presentations of the instruments and launching of radiosondes and drones. The notion of achieving greater transparency and sparking curiosity was perhaps best embodied by a group of children who were examining and asking questions about the CU-RAAVEN drone on the beach before it was launched. Another major outreach event was organized by the National Oceanographic and Atmospheric Administration on the R/V Ron Brown during the vessel's port call in Bridgetown, Barbados. Other initiatives included a contribution to the Barbadian project to plant 1 million trees before the end of the year and sharing a game of cricket. Marvin Forde of the CIMH, who was a professional cricket player in his past life, blew us all out of the water. In parallel to the scientific campaign, two French filmmakers, Marius Léna and Iulian Furtuna, also stayed in Barbados for the duration of EUREC4A to shoot a documentary combining scientific, cultural, and historical elements of Barbados. They have already produced a short film about EUREC4A, and their feature-length film is in production. 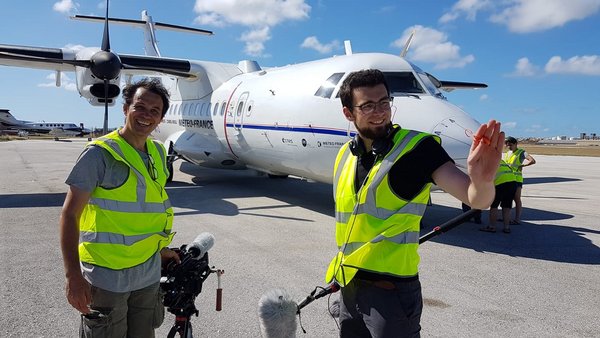 We remain grateful to our colleagues in Barbados for all that they taught us about their extraordinary island anchored in the trades.