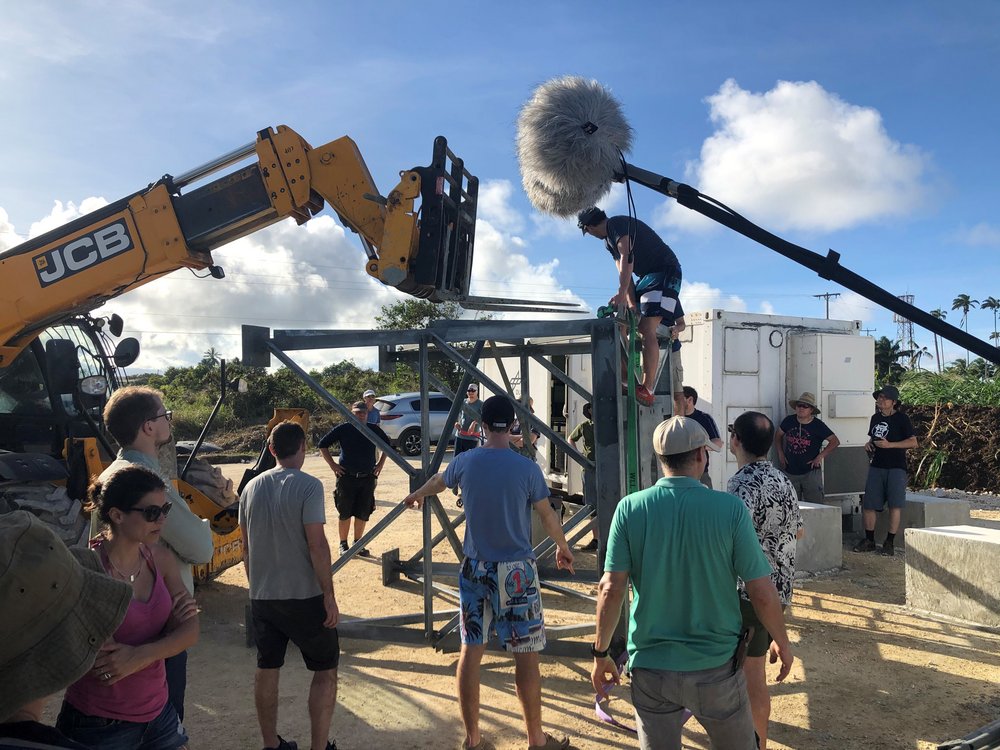 On Saturday, we had a ‘radar raising’ of the PoldiRad radar on the east coast of Barbados, designed to measure the life cycle of precipitation cells and retrieve information about cloud microphysics during EUREC4A. Bjorn Stevens coined the neologism ‘radar raising’ during one of our daily Operations meetings. It joins the concept of a barn raising with the construction of the PoldiRad radar here on Barbados. A barn raising, also known as a raising bee or rearing in the U.K., refers to the rapid construction of a barn by members of community, for members of the community. Barn raisings were common in 18th- and 19th-century rural North America, and the tradition continues in some Amish and Old Order Mennonite communities in the United States and Canada.

On the PoldiRad site, Martin Hagen, the radar project P.I., and his team, Lothar Oswald, Florian Ewald, Silke Gross, Eleni Tetoni, Johann Heumos, Jens Reimann, and Manuel Gutleben shared some more information about the radar and its scientific objectives during EUREC4A. In case you are not familiar with radar technology, radar stands for RAdio Detection And Ranging. Radar operates in the microwave region of the electromagnetic spectrum to detect objects and calculate their distance and other properties. Radar technology was originally developed during World War II to detect enemy aircraft, although the ‘noise’ of precipitation would mask the signal of interest. Yet, what was noise for the military became the signal for meteorologists. Weather radar can be used to locate precipitation and calculate its motion, type, and intensity. PoldiRad is a C-band dual-polarization weather radar that was developed by the German Aerospace Center (Deutsches Zentrum für Luft- und Raumfahrt, DLR) for research of clouds and precipitation. It  will operate in Barbados until July 2020. 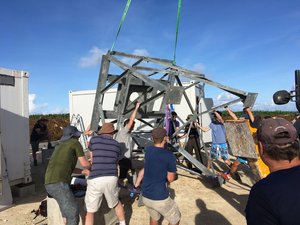 PoldiRad sits on a hill approximately 8 km northwest of the Barbados Cloud Observatory (BCO), overlooking the ocean and exposed to the trade winds. It is one of the few elevated locations on the island (the highest point in Barbados is around 300 meters). Its position allows for sampling a 150km-radius swath east of Barbados with high-precision, and 250km-radius swath with lesser precision. The surface visibility falls off not because of limitations with the instrument itself, but rather due to the curvature of the Earth. At 250 km, the radar beam is already about 3.5 km height. The radar’s location allows for coordination with the aircraft HALO, ATR-42, and Twin Otter, which also make measurements to the east of Barbados. Together with the other ground-based measurements at BCO and Ragged Point, the Poldirad provides a ‘ground truth’ to compare with the aircraft and ship measurements.

When we arrived on Saturday, a large amount of preparation had already been done by the German and Barbadian teams. The radar left Germany about a year ago. On Barbados, a suitable location had long ago been scouted, a road was built leading to the site, and a concrete platform was poured; the site will get electrical power in the next few days. The main work to be done by our group on Saturday was some heavy lifting:  we flipped the radar tower and assembled the five meter diameter antenna. We were 25 people from multiple countries working together to continue assembling the radar. It was an impressive moment when the antenna itself was assembled (see photos below). 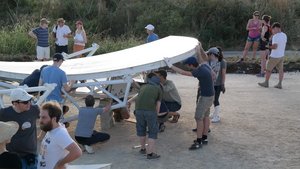 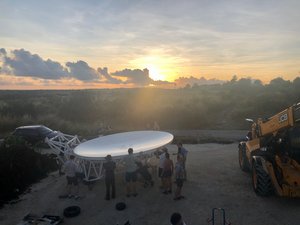 By the time sunset came, we had tightened the last screws on the antenna. Work still remains, but first measurements should begin next week. The tradition of a barn raising is a very fitting analogy. It was meaningful to help build a structure that we will depend upon in our research. We will certainly have a new connection with the data from PoldiRad. After an afternoon helping construct the radar, we particularly enjoyed taking a break to watch the sunset. A bright azure sky was transforming into pinks and oranges, and looking to the ocean, we could see shallow trade cumulus clouds drifting across the horizon, becoming tilted by the wind, disappearing, and then reforming. We are looking forward to interpreting all the scenes that the PoldiRad will capture during its time on Barbados. 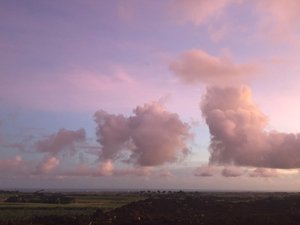