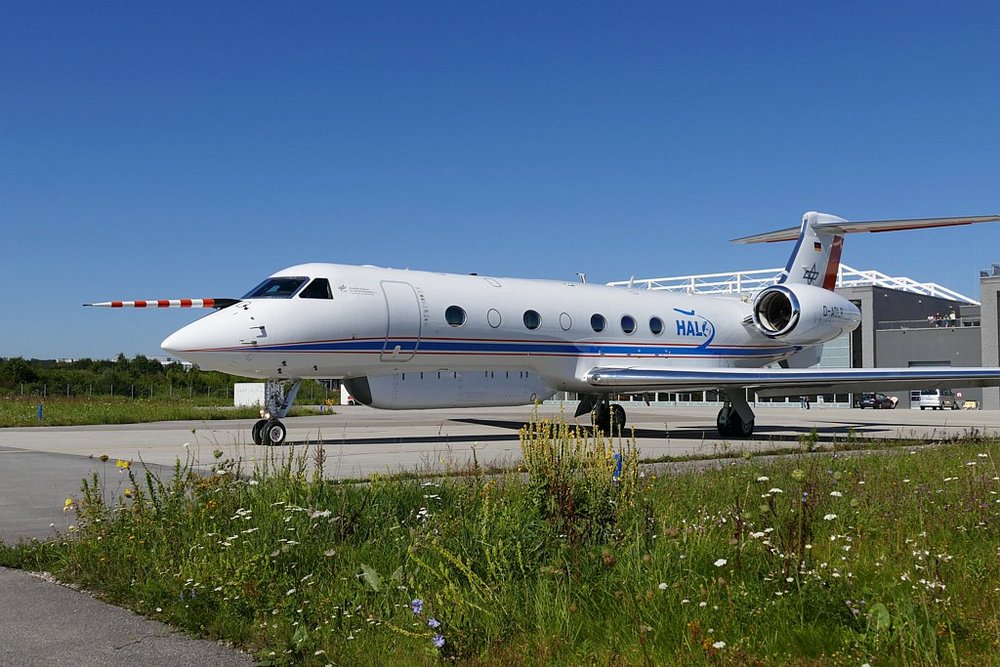 On Monday morning on 16th of December, just one and a half weeks before Christmas, the final instrument integration on the High Altitude and LOng range research aircraft (HALO) started. During this week most of the instruments were mounted on the aircraft. Integration means that the racks, which are metal frames holding the major components of the instruments, e.g., computer for data acquisition, radar antenna receiver, and spectrometers, were placed inside the cabin and were fixed in their positions. Afterwards, all cables and fibers for power supply and data transmission were connected.

Simultaneously, several components were mounted on the outside of HALO, to be more precisely, at the lower fuselage. These parts are the microwave radiometer, the radar antenna, the optical window for the lidar, and a thermal imager. All of them are covered by a carbon fiber shield to protect the instruments from rain water and small damaging objects like dirt or gravel. With this set of instruments various parameters of the atmosphere, e.g., the temperature and humidity profile of the atmosphere, and aerosol particle concentrations, below the aircraft can be observed. In the back compartment of HALO, a second imaging instrument is placed, which measures the reflected solar radiation. To obtain the broadband solar and terrestrial fluxes, two sets, comprising a pyranometer (solar radiation from up to 5 μm) and a pyrgeometer (terrestrial radiation from 5 μm to longer wavelength), are located at the upper and lower aircraft fuselage, respectively.

The whole integration procedure was quite successful. Hence, on Friday evening, the majority of the work was finished - even a little bit ahead of schedule. Subsequently, two more weeks remain to check the instruments for proper mechanical and electrical installation, to verify that all screws are tightened, all connectors are locked, and to switch on the instruments to the operational mode. Once all checks are successful, HALO will be prepared for takeoff to perform some local test flights around its home base Oberpfaffenhofen in the vicinity of Munich, Germany. These test flights allow for instrument operation under realistic flight conditions. Afterwards, the scientists and technicians can use the spare time to perform ground tests and run their instruments for further training.

According to the latest version of the campaign schedule, it is planned that HALO will take off on Sunday, the 19th of January 2020, for its transfer flight to Bridgetown, Barbados, where it is already awaited.