You thought I forgot about you… five more days; it is hectic with the site being down just when the virtual ESA funding came to extend our mission until Friday.

Attached (A1) is the mean sounding from NARVAL1. This is based on roughly 50 sondes dropped over eight flights in December 2013. There is something that bothers me about this sounding. It is the big blue nose with its nostrils at around 2km.

The plot is in energy-height space.  Red is the moist static energy, blue is saturated moist static energy.
What you see is the typical structure we have been seeing the past weeks at the BCO (yes our internet is still down?!), where we see the subcloud layer up to 750 m or os, then a cloud layer that, depending on whether you count the base of the inversion or its top is between 1800m and 3000m, and the air is driest where it is warmest, at the tip of the nose.

Though typical of what we often see, it is not typical for our theoretical way of viewing the tropical atmosphere. The question is how does the nose get there. Our conventional way of thinking about the trades is that the free tropospheric thermal structure is set to the moist adiabat of remote convection. But if this were the case then the blue line would be vertical, perhaps topping an inversion, but vertical.  The slope of the blue line looks much more like air that is descending much faster than it is cooling, but this would make it very stable compared to a convecting atmosphere somewhere else … i.e., a substantial temperature gradient in the free troposphere, something we don’t like to think about, and pretend it doesn’t exist.   Then again it is not just descent because then we expect the red line to be vertical.

One of the ruling paradigms of tropical meteorology is that moist convection in the place where boundary layer moist static energy maximises fixes the thermal structure everywhere, i.e.,. the free-atmospheric blue line, making it vertical. It seems that much of what we want to explain when it comes to the distribution and organization of clouds, however, is why the blue line is not vertical …

Well and just to see this in an individual sounding look at that from today (A2), and one from last week (A3), but in virtually every sounding you see that the warming across the inversion does not put you on the moist adiabat of the deep atmosphere, but somewhat warmer and that we then relax to a different moist adiabat.

So what’s going on and how important is it that the vertical structure of the atmosphere is not something that we can understand by thinking just about air going up and down?

ps… I hope he doesn’t mind, but tobias sent a logo suggestion that was so brilliant I had to share it.. the first person who guesses who the grey hair guy is gets a beer… Schneider Weisse, Tap 5, quite possibly the best beer in the world. 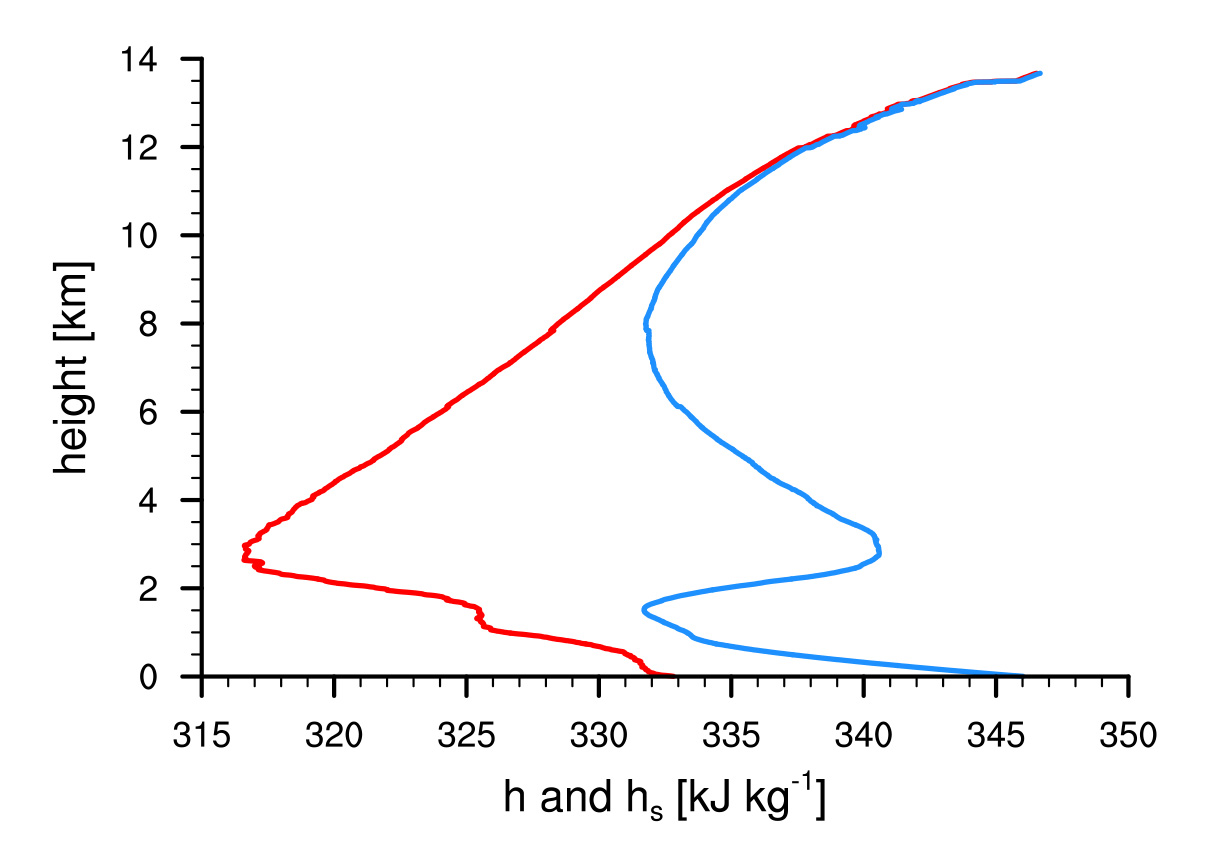 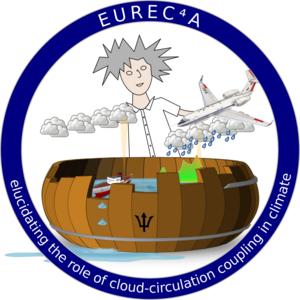