Today, day 22, is a Schnappszahl … which means we all are due a shot of our favorite brandy — at least anyone reading this still today.

On Barbados I wanted to get back to the thin stratiform cloud layers. Dave Winker** picked up on this, writing:

"The claim last week, based partly on a recent field campaign, was that these shallow clouds at around 2 km are often composed of really large droplets and optically thin (penetrable by lidar). The Barbados lidar seems to be penetrating these clouds, but the 532 nm images are based on 10 minute averages, so it could be they are optically thick but have holes which allow the lidar to see above. Is the lidar data archived at higher temporal resolution?
They had a poster at the AMS on the clean clouds (stratiform layers at 2 or 3 km) and I immediately thought of EUREC4A as I've seen similar clouds in the eastern Caribbean. No one in front of the poster seemed to have a good idea what the formation mechanism was, so it seems like there is work to do. Do these clouds show up realistically in LES simulations?"

… ( and a few days later after I commented on the ceilometer)

"I'm not sure what evidence you have that the ceilometer is penetrating the stratiform layer, but I do think there is an interesting story behind these layers that form at about 2 km. If the stratiform layers really are optically thin (and penetrated by the ceilometer) I wouldn't think they would have any impact on low level clouds. Maybe you have a non-radiative mechanism in mind."

So to look at this more we put together some different instrumentation for the period of yesterday’s radar image and surface met plots. A1 shows the ceilometer from 3-11 UTC on 5 February. A2 the Radar (same as yesterday), A3 the lidar backscatter at 532 nm, A4 the depolarization ratio and A5 the water vapor, all at higher frequency (2 min averages).

At least for the 2 min averages it seems to support the idea that these clouds are quite thin, but less than 200 m thick, and transparent to the lidar, but with a decent sized echo, i.e., consisting of large drops.

One thing also to keep in mind as these images from 5 February were when the windows on the lidar were fairly salt encrusted…. we would never function at the BCO were it not for the support of the CIMH.  To see what difference a clean window makes, look at A6 which is the daily quick look from yesterday.

Now its time for that brandy.

** Dave I hope you don’t mind me quoting you, but the conversation was worth sharing. 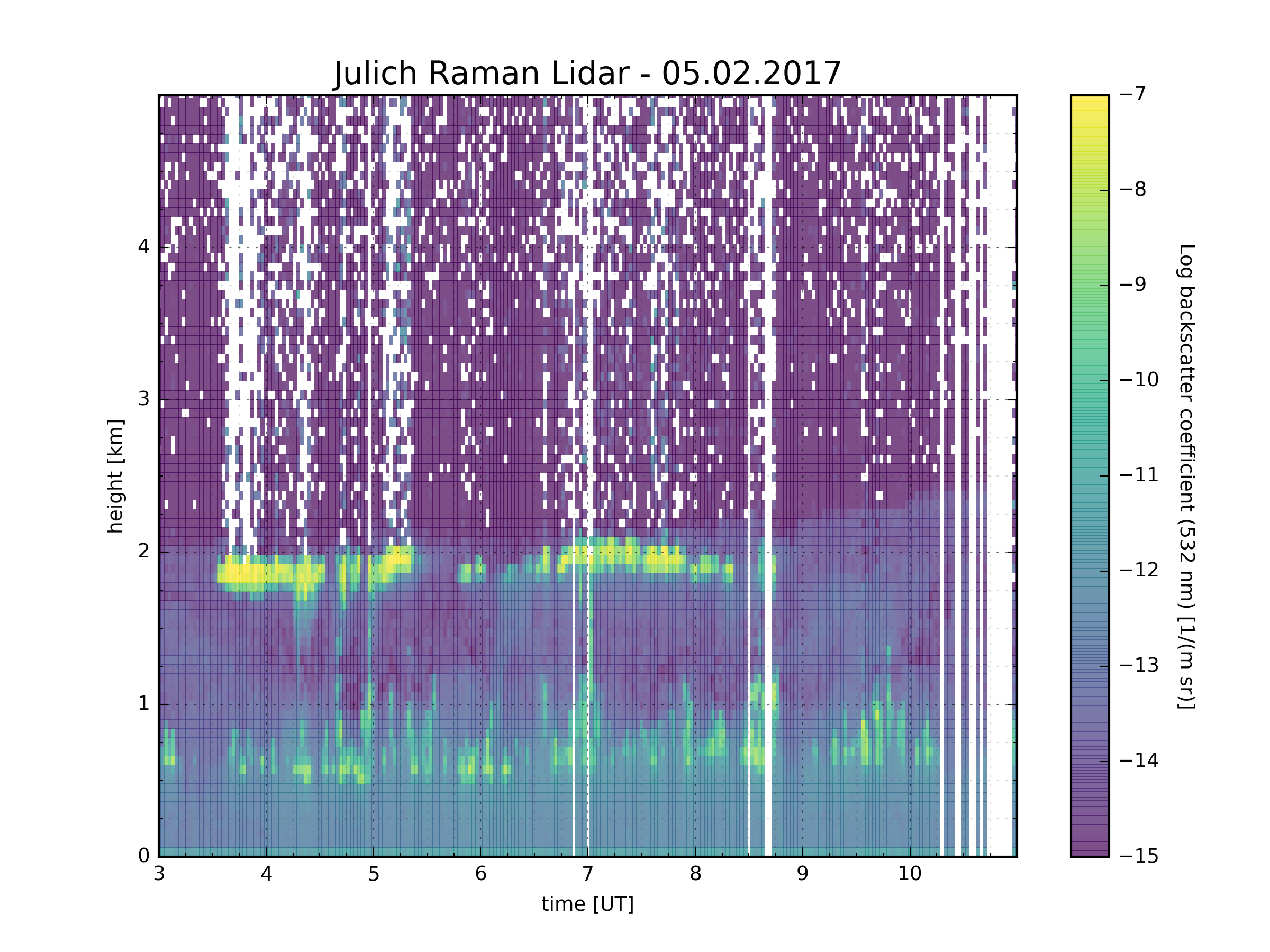 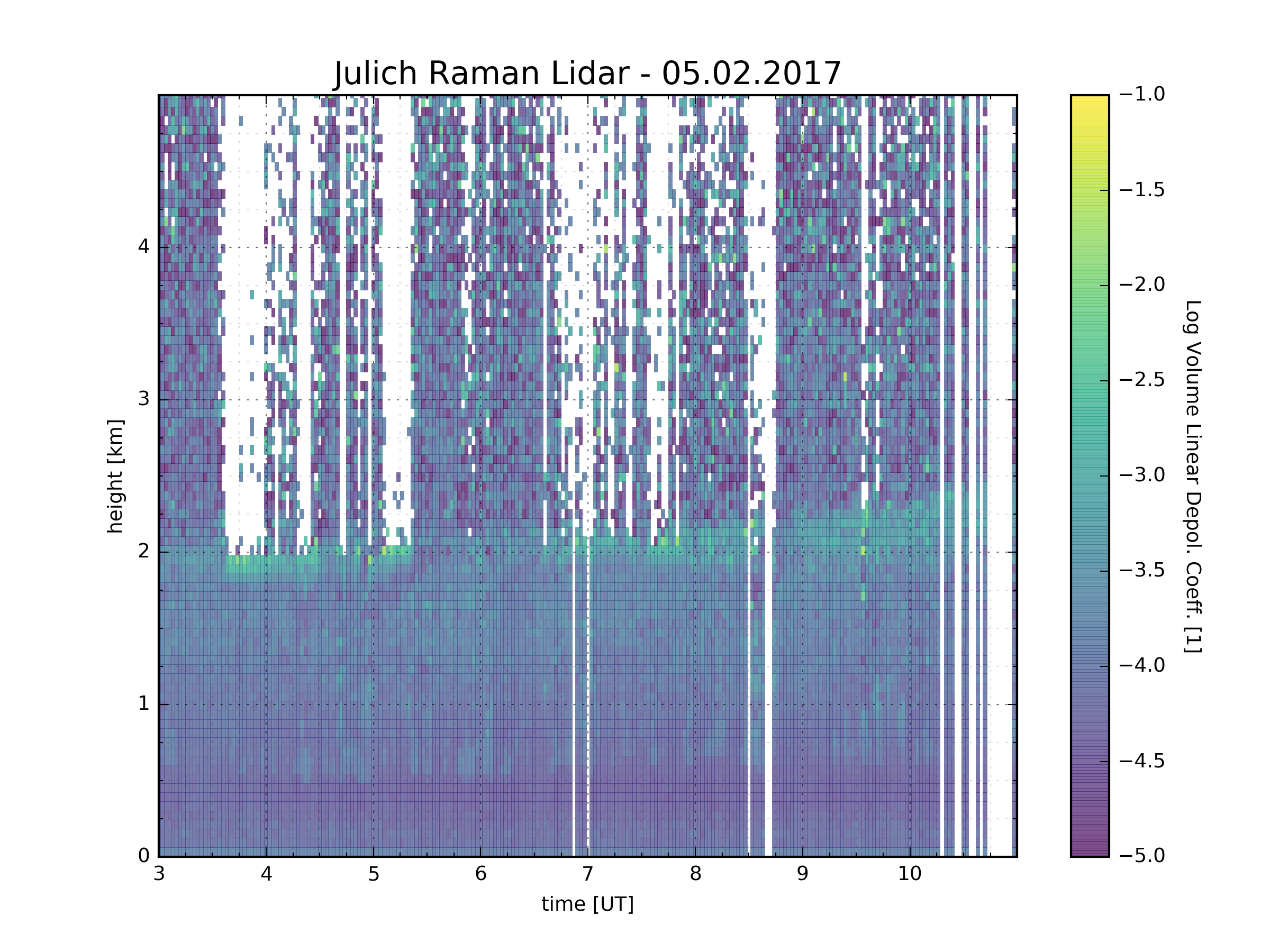 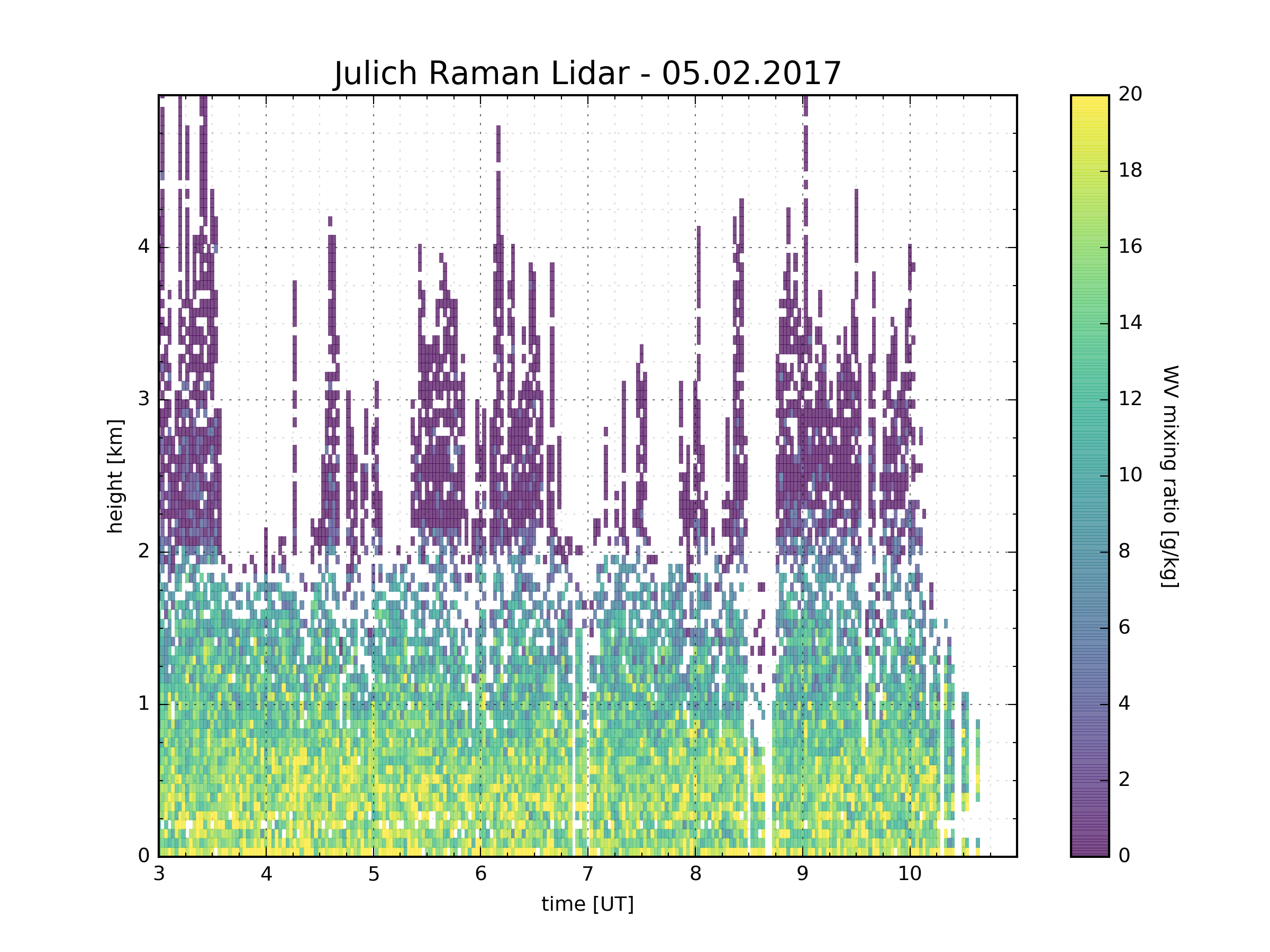 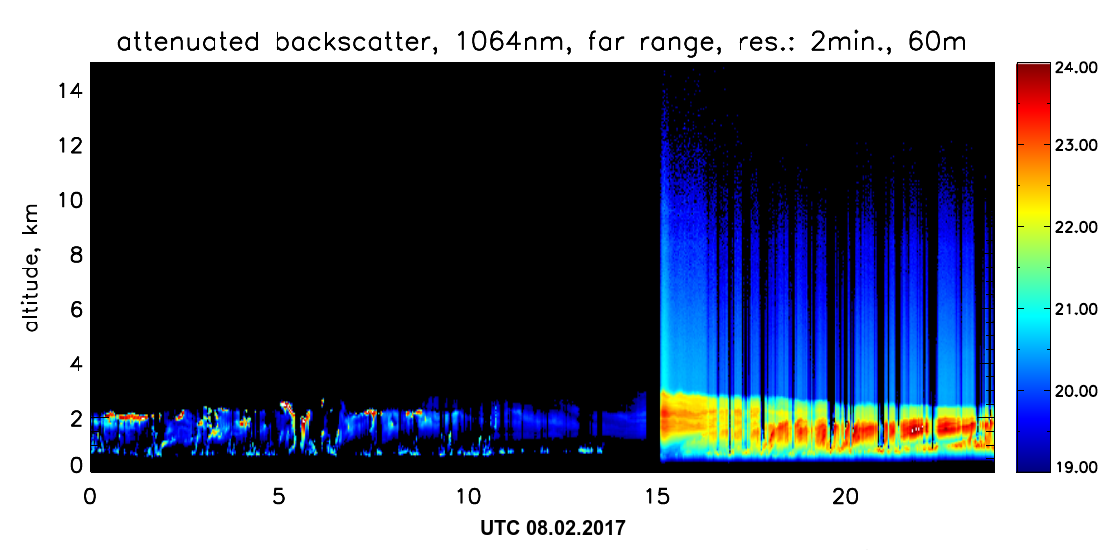