A busy Saturday at the Barbados Cloud Observatory 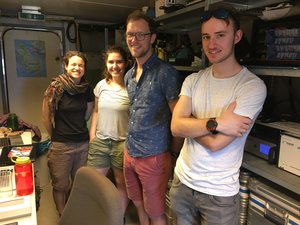