Here is the worldview TERRA overpass (pic1), from today. TERRA’s equatorial crossing time is at about 10:30 local time, and this pass pretty much had Barbados at Nadir, so that it occurred at about 1430 UTC (actually I think more like 1427). So to compare I also include the radar images from the same time. Note that the flow below 4 km is moving from right to left (easterlies) and above 6000 m from left to right, westerlies, as shown in the sounding, which also shows nicely the very dry layer capping the cumulus clouds). So the cirrus patch we see just east of Barbados in the MODIS image is that which likely appeared in the radar at around 1415.

The clouds we see on the radar are small, non-precipitating, and are very likely those little things we see on the nose of Barbados, over our site on Deebles point. The Aqua overpass was at 17:30 today (pic 2) and inland we see a deeper cloud formation. I guess that is the development of those clouds that show up on the radar at about 17:07 but I would have expected deeper clouds. For one of these days we will think of making a movie. I’ll be curious to see what happens when the deeper system, east of the Island, passes over our sight.

For aerosol lovers I include a lidar backscatter image … as you see there is nothing in the free troposphere. Not unlike NARVAL1 and in great contrast to NARVAL2 (August) the air is remarkably free of particulate, but lots of scatterers in the boundary layer. 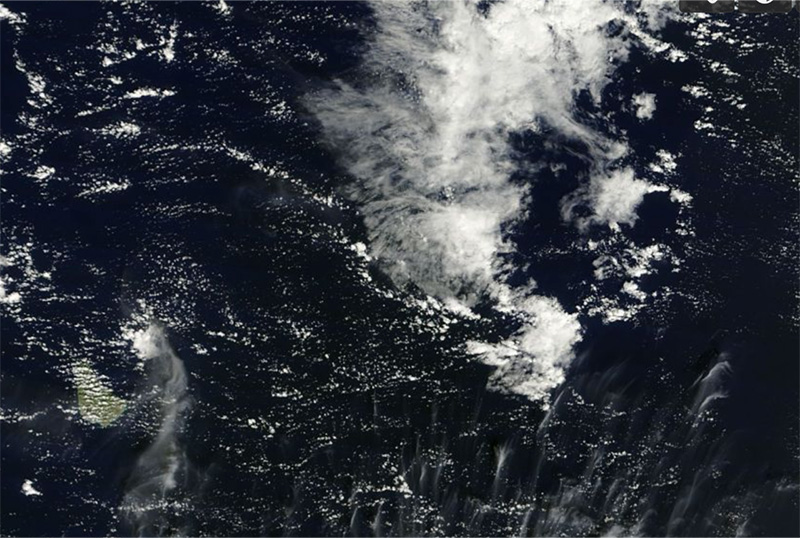 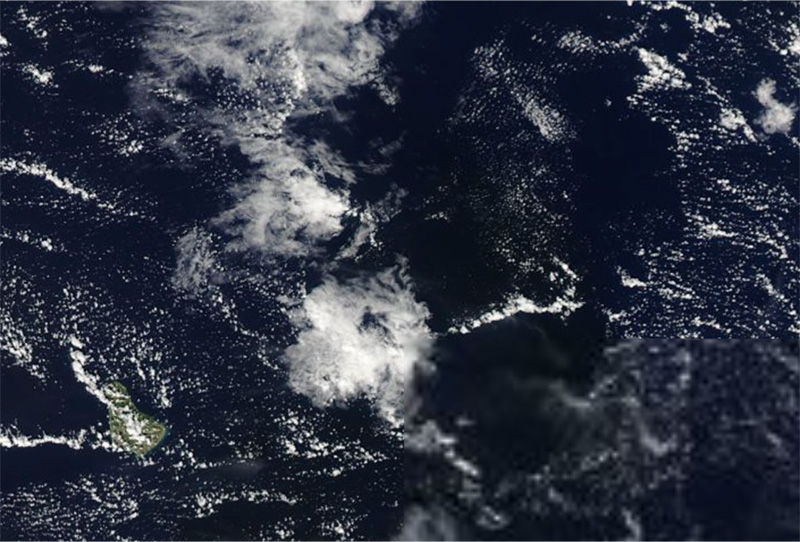 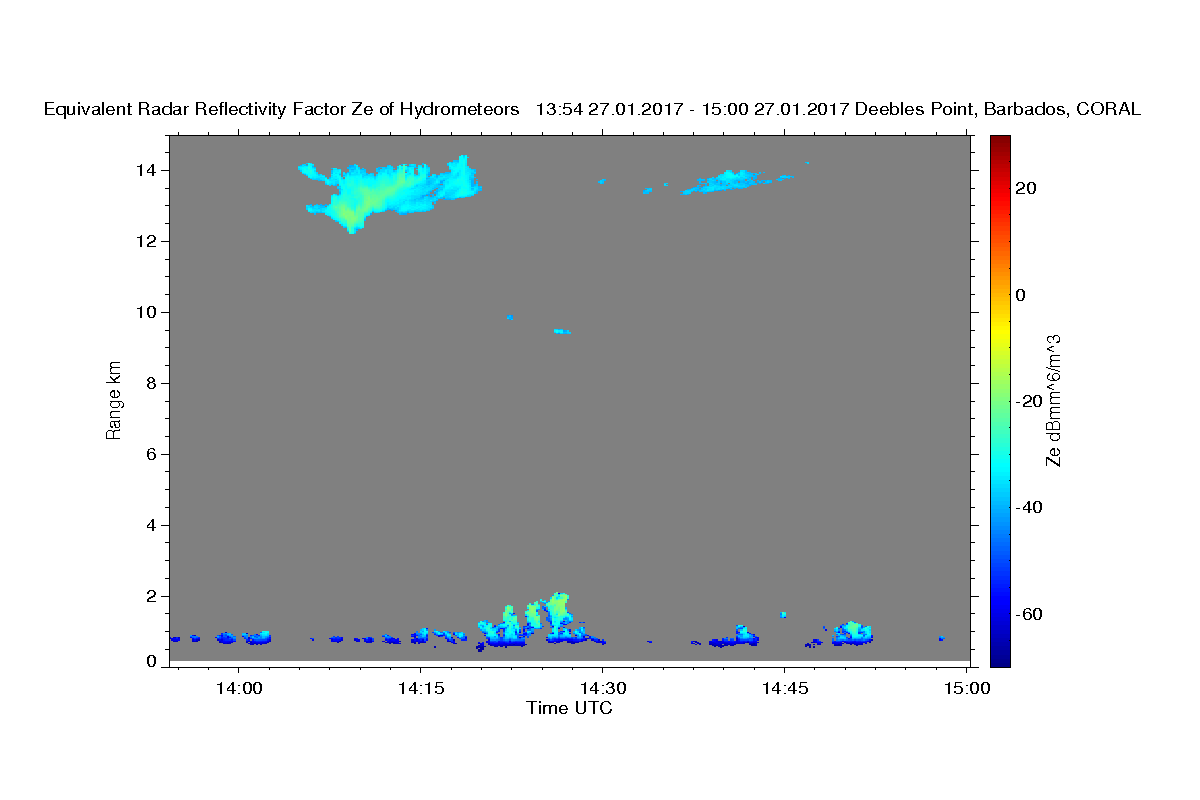 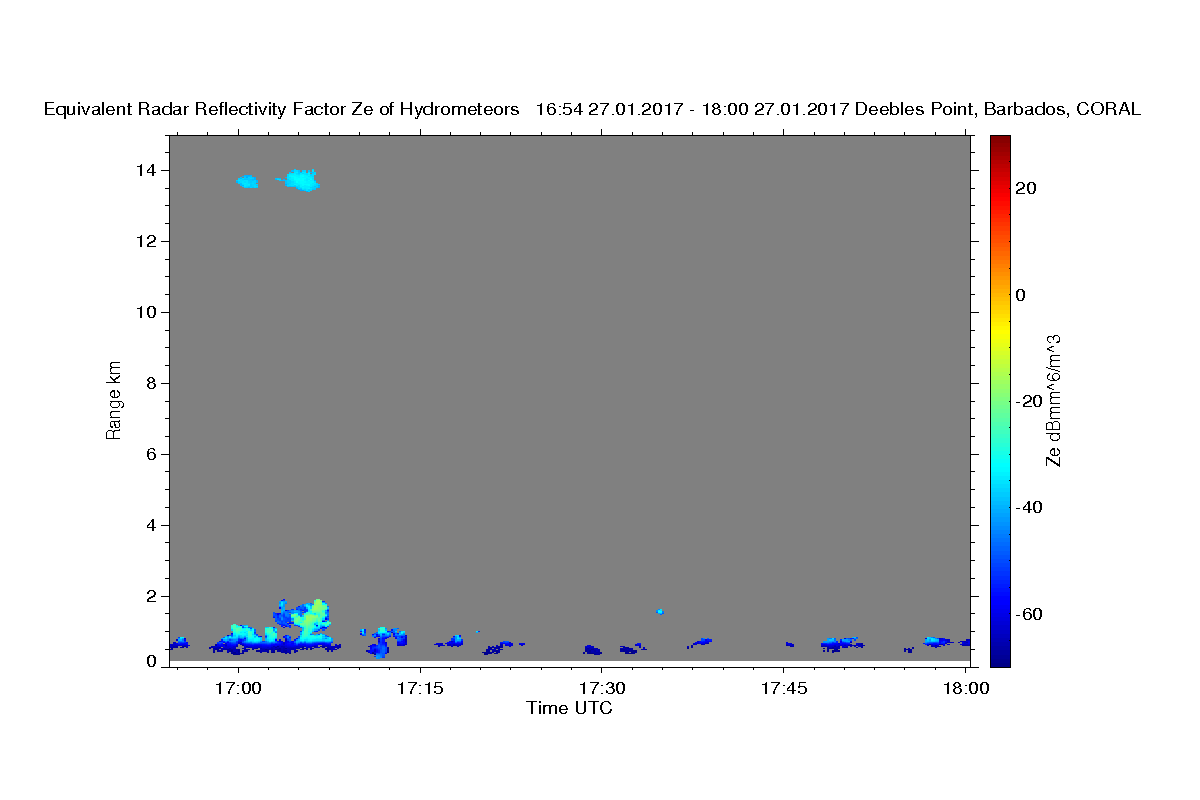